I’ve worked out why it’s been so hard to write lately. 🧐🧐

I’m not alone. I’ve spoken to or heard from so many other authors who are finding themselves stymied and creatively paralysed in the face of the global catastrophe we are all witnessing playing out around us in real time.

These past few weeks, I’ve been intensely tuned into what’s going on in the world, scouring and refreshing news feeds to find out the latest on this crisis.

But when I focus on facing outwards, it makes it impossible to look inwards. And that’s what I need to do to write. Although I believe good writing comes from scars, this doesn’t mean I need to suffer while I write. In fact, it’s the opposite: I write best when I am peaceful and can comfortably reflect on what’s going on inside, or what happened in the past.

This is why, many years ago, I made the decision not to express political opinions or become a writer-slash-activist. It is not good for me; it inhibits my ability to effect good things in the world through my words and my art. 🤘🤘

I see what’s happening in the world and I have spoken out on the things that matter to me. I will keep doing this when and if I choose. But I cannot make this my default setting. I will be of no use if my headspace is solely one of panic, rage and hypervigilance. I’ll never get any writing done.

So, I’m turning my energy and focus within. 🙏🙏

I’m safe at home for the foreseeable future, so I’ve decided to start my third novel as part of Camp NaNoWriMo in April. I’m aiming to have written 30,000 words by the end of the month.

I’m excited to lose myself in a made-up world again – I doubt there will ever be a better time for that than these coming months. I hope writing this new book is a comfort and panacea for me; and I hope you like it when I can finally share it!

The only way out is through. Take care everyone. ✌️✌️ 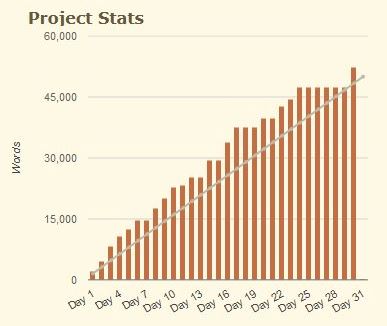 Last year I tried to do a thing, and I failed spectacularly.

The thing was NaNoWriMo – a wonderfully kooky-looking acronym that stands for National Novel Writing Month. Thousands of writers – from amateur to emerging to published and prolific – attempt to write a 50,000 word novel in the thirty days of November.

I tried my guts out last year, but it was just a hot mess.

I’d just been told I was losing my job in a restructure; I had nothing concrete to fall back on; and I had something like eight or nine major projects or events to deliver in the space of six weeks.

And I thought this was a good time to burn the midnight oil and churn out that great Aussie novel.

I got just a little over half way, which is not too bad given the gauntlet I was facing at work. But I crashed and burned, and that manuscript – which was a YA Thriller, and which I actually really like – is collecting dust in a drawer. Or more accurately, succumbing to the early stages of data rot on my hard drive. In my head, it’s more like cake batter: I fully intend to bake a delicious sponge with it and the guests are going to love it, but the oven isn’t preheated yet.

In non-overly-extended metaphor terms: I have a few other writing projects taking priority.

One of which is my second novel.

So, July saw the latest outing for Camp NaNoWriMo, which is billed as a virtual summer camp for writers. We even had cabins, where I got to chat to my fellow writers and we could share our joys and frustrations.

Because I wanted to make some massive headway in July, I set my goal as the traditional 50,000 words and set off on Day 1, which is a good start as that doesn’t always happen in NaNoWriMo. Some writers – past me included – have a tendency to rock up late, like day 3 or 4, and then play what feels like a Sisyphean game of catch-up from there. You know you’re not off to a great start when you’re limping across the starting line.

Despite the demands of work and publishing THE BLACK FLOWER in mid-July and other life stuff, I managed to track ahead of my goal word count every day of November, which I am pretty pumped about.

I have said it before but I will say it again: the benefits of applying an artificial and entirely arbitrary deadline to your creative practice can never be undersold. I take off my hat to the people at the Office of Letters and Light who make NaNo happen. It is, for me, the most productive way to write. I thrive off both the stress and the sense of competition.

Maybe it’s masochistic, but I work best when I know I am suffering intensely for a real, tangible and nearby reward: a completed manuscript.

And suffer I did.

This manuscript is the most personal thing I have ever written, and I am including my Honours thesis story ‘Full-Forward’ which genuinely drove me to drink.

This manuscript demanded brutal honesty. From the first chapter, there could be no sacred cows, and so I refused to let myself have any. Nobody and nothing is safe from the torch beam of this manuscript. I forced myself to see it all, sit with it all, and most importantly, to speak about it all.

And I found I had so much to say.

I’m still working on this novel. There are a few chapters left to go. I’ll hopefully complete them within the next few weeks, and then the joys of editing will kick in.

Meantime, I’m enjoying the honest introspection – and extrospection – this process has offered me as a creator and a storyteller. The dogged honesty this work requires is forcing me to spear-tackle some demons, identify hard truths from chimeras, and valiantly step into marching boots I have held in the cupboard for years but have always been too terrified to lace up.

I really can’t wait to share this book with the world. I’ll be posting here about it from time to time over the coming months, so make sure to follow my blog and keep an eye on my social media channels, too.

More from me soon, in many ways. 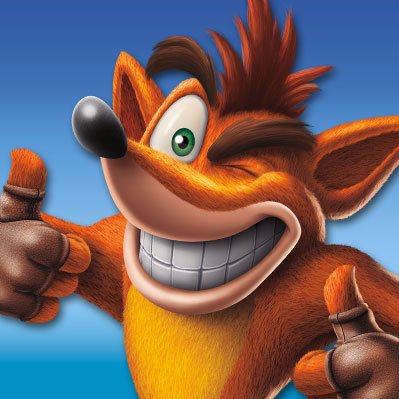 Since it was half-way through 2017 last week, I took the opportunity to look over my plans for the month ahead.

To my delight, my schedule – which is a hyper-organised, multicoloured Monica Geller wet dream sort of affair – for once did not seem to reflect someone on the verge of burnout.

In a nice change, for the first time since February this year, there was a whole heap of blank space. Apart from the upcoming publication of “The Black Flower” and a few assorted day jobs, I’ve got a relatively easy four weeks ahead.

Now, if self-care rated higher on my list of priorities, I would have kept the slate clean and spent the whole of July playing the Crash Bandicoot reboot and binge-watching Brooklyn Nine-Nine.

So I decided to join a competition to finish my second novel by the end of July.

Camp NaNoWriMo is supposed to be the “light”, more fun version of NaNoWriMo, which I’ve taken part in (and blogged about) before. The cool part is that participants choose their own project and goal. There are virtual cabins where you can chat to other writers: I am the lone Aussie among 19 American writers, so at least that part of the camp experience is authentic. Of course, it’s -200 degrees here and there are no canoes, so it’s not quite a summer camp experience, but I will enjoy it nonetheless.

My project is a YA novel that originally began as a novella, which I completed the first draft of in February this year. With the working title of Damage Control (this will change, because I already have a few stronger titles in mind), it is by far the most vulnerable and personal work I have ever written. In some ways, it is difficult to write while drawing from that well of past pain. In other ways, it is a relief, like a toxin being extracted from my blood.

My goal was initially going to be 40,000 words in a month – a little less pressure than the traditional NaNoWriMo. But when I looked over my existing draft, I saw I already had about 20,000 words written – so, if I completed 50,000 in July, this would enable me to reach my target for the whole novel, which is 70,000.

After yesterday’s late-night effort (Day 5), I’m sitting at 12,599/50,000. It’s actually one of the strongest starts I’ve had on a NaNo project in a long time, maybe ever. I’m also really excited by this novel and, dare I say it, I’m even a little more eager to share this one with the world than I am with my first novel.

But as I plug away on my Camp NaNoWriMo project this month, I’ll be paying attention to something I don’t usually pay attention, at least not very consciously: self-care.

Filling my once spacious July schedule with blocks of writing time made me realise just how much of my own time I spend on writing. In and of itself, that isn’t a problem. In fact, it’s pretty important when you’re trying to break through to become a professional writer that you put in a good amount of time.

But I suddenly realised how often I use my evenings and weekends for writing and writing admin.

Enthusiasm and (blind) ambition are two of my greatest qualities, and I consider them strengths. But it seems like I kind of suck at chilling out and having fun, which is kind of a sad thing to be bad at. Case in point: my copy of Crash Bandicoot is still in its plastic wrapping, unplayed, and I’ve had it for a week. I physically have not made time to have any fun. Gamer fail. Hell, human fail.

So while I’m going to push myself hard this month to achieve a goal that is incredibly important to me – the completion of my second novel – I am also going to be conscious about not burning out.

I’m going to make time to watch something on TV.

I’m going to make time to go outside.

I’m going to set aside time to do absolutely nothing.

This sounds a bit common sense, but with my perfectionist tendencies, it isn’t easy to find a balance. It’s either all (multiple jobs and projects with deadlines) or nothing (burnout). To find a middlepath is a new challenge for me, and it’s one I’m looking forward to – albeit with some trepidation.