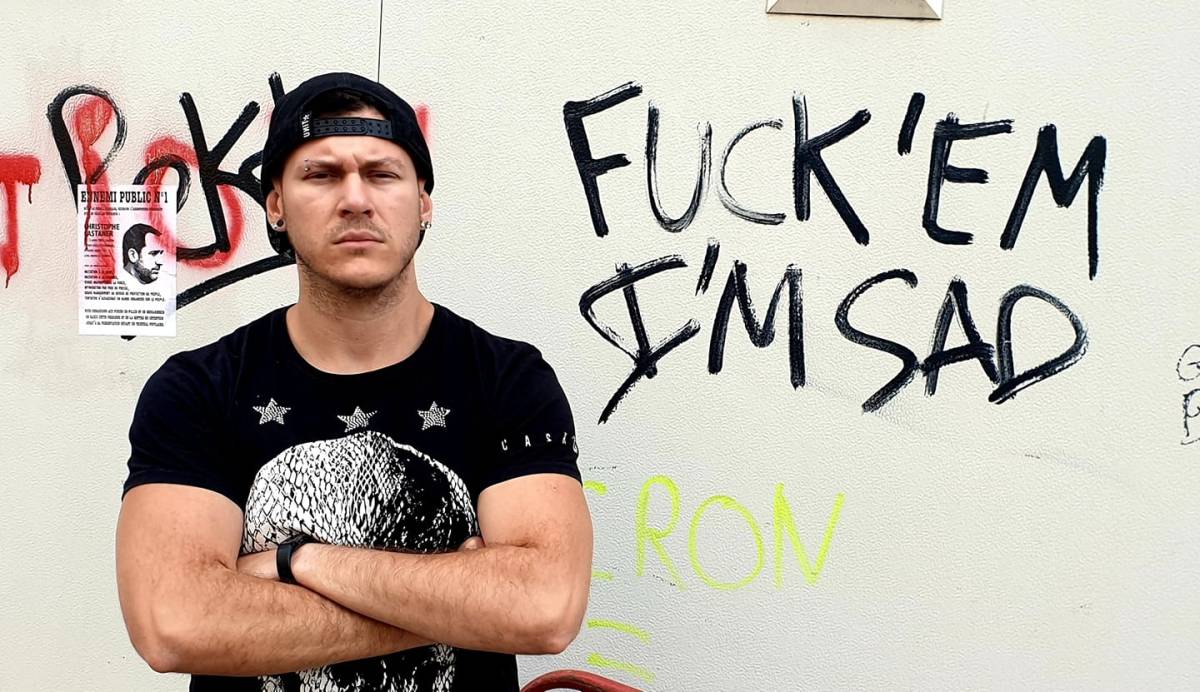 The other day, I was asked a question that stumped me.

I was doing a talk at a high school, and a year 9 boy asked me if, given how much I suffered, would I change anything about my younger years?

I did the standard public speaker response when you are asked a question you have no idea how to answer: “Wow, that’s a really great question. Thank you so much for asking it.”

Depending on how slowly you utter this, and how strategically you structure your pauses, you can draw this out for five to ten seconds – enough time to throw together a response.

But even after those few seconds of scrambling, I still didn’t have an answer.

I ended up thinking out loud with the audience to meander my way to a quick response – that I probably wouldn’t change things – but I didn’t have space to explain why.

Growing up homosexual in the broad circumstances I did – a country town, blue collar, Sicilian-Australian, Roman Catholic environment – gave me certain messages about being gay. It was effete; unmasculine; it made me a faggot or a finocchio; it made me evil and sick. Bad bad bad.

But these external messages, in isolation, are not what fucked me up.

What fucked me up was my response to those circumstances. Being gay in that world seemed like it would annihilate me and everything I was supposed to be. So, for years, I fought it, denied it, deleted it. I perceived it as a mortal sin; prayed to God to fix me; dug out my baptismal crucifix and wore it like a talisman; studied the Bible hoping to drive the devil out of me. This led to that spiral down into depression, self-loathing, and eventually the suicidal ideation I wrote about in Invisible Boys.

I know sixteen-year-old me only did what he did to try to survive. I probably wouldn’t have done it if my external environment told me it was okay to be gay; that I was good enough just as I was.

But I don’t sit down with my therapist to unpack the world and its fuckery. Sure, I could blame the world, but what a waste of time. I can’t change society any more than I can solve suffering on a global scale. Both would be Sisyphean to attempt, and nobody will ever succeed at either.

I do sit down to work with my therapist around how I treat myself, and that is where my recovery process begins and ends: with me, on the micro level. Those microcosmic changes are what ripple out to influence the macrocosm, but I can’t start with the world. I must start with me.

I have spent a long time recovering from how cruel I was to myself. My self-loathing runs deep, and even now, on a bad day, I can be right back there in that dark well in a split second. I have a track record of treating myself worse than I would ever consider treating another human being: with revulsion and disgust and utter contempt. I can turn on myself very quickly.

It might seem logical, then, that if given the chance, I would change this.

But being cruel to myself in my younger years made me more resilient in the long run.

For instance, sometimes I meet someone new who seeks to insult me, denigrate me, humiliate me, embarrass me, or reduce me. This is less common than when I was younger, when I had no discernment and would hang around people who made a sport of ridiculing me, but it still happens.

I did this most of my life. I don’t do it anymore.

These days, when I encounter someone like this, I feel a bit immune to their bullshit. Like, what can they say to me that is worse than what I have said to myself? Nothing. I was the most destructive person in my life for years. So, every time someone in my life tries to have a go at me, even in subtle, passive-aggressive ways, I just think, You can’t hurt me. They can’t. They will never come close to making me feel as bad about myself as I already did.

That isn’t to say I’m impervious to being emotionally wounded. Far from it. I have a sensitive temperament. I have a propensity for listening to critical voices, either my own, those of others, or those of society, that tell me I am not okay.

But I know now that there is nothing wrong with me. The message that I am not okay at my core is what is inaccurate, always, whether it’s me or someone else saying it.

So, the moment I get a whiff that someone is going to be destructive towards me, I don’t try to please them, or get them to change. I just get the fuck out. I cut them off, stop talking to them, stop investing time in them, block and delete if it’s online. I keep their toxicity as far away from me as possible. Their voices do not bear listening to, and whatever I do hear, I don’t take on board.

But this is a response I’m not sure an otherwise serene adolescence could have manufactured. It is a resilience borne of self-acceptance overcoming self-abnegation; a powerful alkali neutralising a corrosive acid.

That is to say: I am not sure I could have ended up where I am without having gone through what I did. I don’t know if I could know self-acceptance and wholeness if I hadn’t, at one point, hated myself so much I was willing to abandon myself entirely. Living through my own personal brand of shit made me who I am.

And even if those facets of my life changed, I don’t think I’d be happier or unmolested by life. I would have suffered anyway. All humans suffer and our suffering shapes our lives. My suffering would have just had a different colour.

So, to answer that kid from the high school library: no, I wouldn’t change anything about my past.

The only thing I would have changed about my younger years is that I would have been kinder to myself. But I feel okay with how things played out for me. It is my past cruelty towards myself that led me to a sense of what psychologists call unconditional self-acceptance.

The arrows I slung at myself along the way were misguided, but they both toughened my hide and taught me to put down the bow. 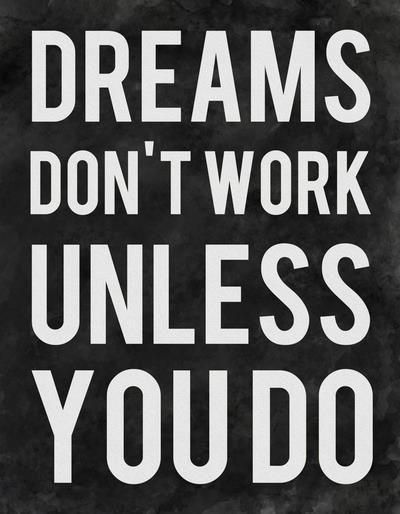 “You gotta hustle,” my personal trainer explained to me recently.

“You’re like an entrepreneur – you gotta work hard, put in the hours to get what you want.”

He wasn’t talking about weight loss or muscle growth. In between squats and lunges (it was leg day), and the sweat stains on my Collingwood Football Club Official Training Shorts, and our usual discussions of footy (we’re both wanting either GWS or Richmond to come up with the goods) and betting (he is a sucker for the horses), we were discussing my career as an indie author.

I rarely consider how much unpaid time I put into this career, but I really do spend a huge chunk of my life on something I get no financial reward for. Such is the nature of passion: it makes fools of us all, and I am glad to be fool enough to follow my passion instead of work a soulsucking nine-to-fiver.

It often takes someone else, outside of me, to reflect back to me just how much I have been doing. To be honest, I spend a lot of my time feeling like a giant loser. It’s part and parcel of being a perfectionist who has chosen to shun traditional forms of validation (e.g. financial, social, critical, academic) and who has instead chosen to follow his dream, whether or not it leads him to end up a pauper in a gutter.

As I see it, I am training myself to be a writer the same way I am training my body at the gym five times a week. My whole life right now is tutelage. Sometimes cruel tutelage*. It’s hard to know it, especially for an outsider, because the training isn’t visible. You can see a footy player practicing her goal-kicking on an oval; you might see a dancer stretching his limbs in front of a mirror; and you may walk past a guitarist busking on the street moaning along to Wonderwall, but you never see the author in training – just the finished product. We train, and sweat, and suffer in silence; our pain and growth and existential angst is ours alone.

Such is the life of an indie author, I guess. And I don’t regret the path I’ve chosen. The biggest inspiration I’ve had for living my life this way was not even literary. Like the bogan I am at my core, my actual touchstones for this artistic path are none other than 80s Aussie rockers, INXS. When I saw the telemovie about their lives a year or two ago, I was entranced by how they found success. It wasn’t just divine provenance or any form of privilege or sheer luck. It was first and foremost bloody hard work: the band toured relentlessly and locally, year after year, as a no-name rock group, working hard to develop a following and make something of themselves.

It inspired me more than almost anything – and made me want to do the same, even though I’m in a different field. It drove me to begin my career as an indie author, releasing short pieces in the lead up to my first novel, rather than solely wait for the glorious intervention of an interested publisher.

I spend my life working hard to get what I want. Because when I eventually impress an editor with my manuscript and secure a publishing deal, I want them to know that I’m not expecting them to market for me. I will work even harder once I have a publisher than I do right now – and I will prove that to them by putting in the hard yards now. Just wait and see what happens when a blue-collar labourer from Geraldton becomes a published author. He’ll work his fingers to the bone and sweat through his Akubra. I can’t wait to be given the chance.

The reason for this random, kind of unfettered and unedited blog post, is because I was just interviewed and profiled on The Dreamers Blog by Doug Geller. When I read the interview back, I realise just how hard I drive myself and how much I have accomplished in the last few months. It’s a good feeling to stop for a second and acknowledge the small wins along the way to my personal treasure.

You can read my interview with Doug here. In fact, you totally should. Go on, have a squiz. It’s worth it.

*Free Tim Tams** for anyone who gets the “cruel tutelage” reference.

**Said Tim Tams are imaginary and must be enjoyed figuratively. I do not possess the budget to actually purchase any Tim Tams, because I am a povo author.