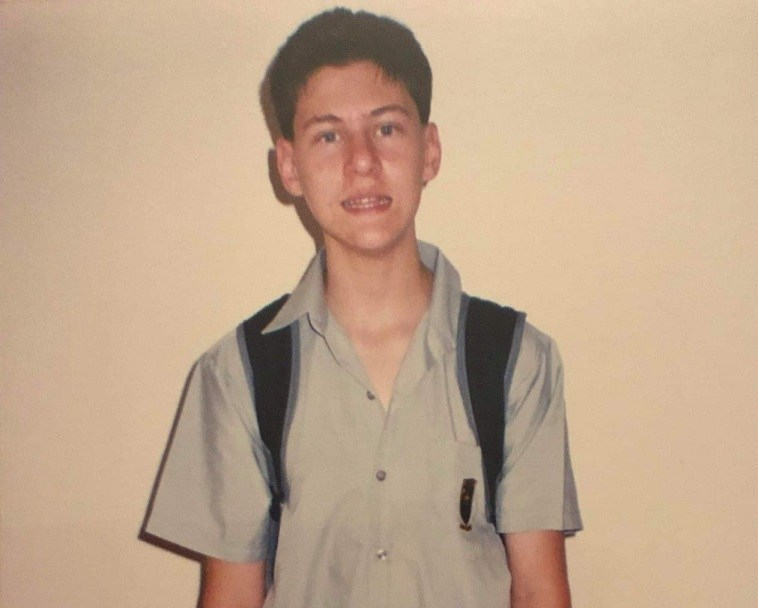 So, I finally got what I’ve spent my whole life wanting.

I’ve mentioned before that I first wanted to be a writer when I was seven years old. It was only about three months ago, at thirty-one, that my debut novel was published.

Such a decades-long journey was a saga in itself, and most of the time it felt as painful, despairing and treacherous as a barefoot trek from The Shire to Mordor.

I had always imagined that final moment of triumph – of being a Published Novelist (TM) – would be a uniquely exhilarated instant. Arms raised to the heavens, chin up, crossing the finish line like a less athletic, more creative, just-as-sweaty Usain Bolt.

My imagination didn’t lie to me: that’s how it felt. It was fucken rad.

Releasing Invisible Boys into the world was a thrill-ride, from the moment I was shortlisted for the Hungerford Award in September 2018 until the end of my sixty-day book tour in October and November last year.

The whole thing was a really heady experience. It felt incredible to have finally achieved the thing I set out to do as a young boy. The validation, the sense of completion and the trophy-raising sense of triumph are all so intoxicating I am sometimes scared to dwell on them for too long in case they lose their potency.

There were loads of other joyous moments. Sharing my writing and myself in an honest, open, unfettered way has made me feel more seen and more understood than I’ve ever felt. And since I spent bulk pockets of my life feeling unseen and misunderstood, this has been great for my wellbeing and personal development.

Sharing my story also felt purposeful, because I got to meet and speak with so many people (so many!) who shared their own experiences. Writing this book helped me process trauma, and reading it has helped readers to process theirs. It helped both me and them simultaneously to feel less alone. Altruistically, this is super rewarding.

If the thing humans crave most is connection, and if my soul had only really known societal disconnection since I was a child, then these moments of true connection were a Roman feast for my heart.

But I mean that in the way ancient Romans used to feast: you know, you eat, and eat, and eat, until you are too full, bloated and bursting, and you have to throw up, so you chunder and then you wipe your mouth, stretch out on your lounge and return to your gluttonous feast to keep eating.

It was strange, but so much connection eventually left me feeling like I needed a break. So much visibility made me want to go and hide in a cave until people forgot what my face looked like. I haven’t had any public appearances in over a month now and it’s been the best remedy I could have asked for.

I’m not ungrateful for the success this book has had. I know I am very, very lucky. The sales, critical acclaim and reader responses are all amazing. I’m so grateful to everyone who’s read and supported the book. And the book tour was a mammoth undertaking, and though it was intense, I will never regret doing it.

But that super intense promo period is done.

And now the dust has settled, I’m looking around to find I don’t know where I am. I’ve arrived somewhere I’ve never been. This is foreign terrain; a new land with no map.

Despite knowing better, on some level I thought being a published novelist would revolutionise my life.

I’d heard successful artists talk about this, how achieving your dreams can be amazing but also disillusioning, but I quietly hoped my experience would be different.

For most of my childhood, adolescence and adulthood, I’ve identified with the struggling artist mindset, and it’s made me who I am. I can work hard, achieve, pull all-nighters. I can burn out and recover. I can flail in desperation and pace myself. I can lose faith and think I’m a shit writer and two seconds later think I’m God’s gift to literature. I can withstand people mocking my dreams, telling me I should be an engineer instead, get a big boy job. I can survive people mocking my ambition. I can be dogged and bloody-minded. I can strive for a goal even if it seems impossible and takes twenty-three years.

All of this prepared me for one thing – how to reach my goal – but it didn’t prepare me for what happens after the goal has been reached.

That’s the foreign, mapless terrain I find myself in now.

Achieving a dream does what it says on the box, but no more. I dreamt of being a published novelist; I am now a published novelist, and holy fuck it feels awesome. My whole life, I’ve saddled this desperate thirst for validation, and getting my novel published did quench that. I feel validated in a way I always craved, and I no longer feel that craving, though it’s etched into my skin so deeply I’ll never forget it.

But that’s it. That sense of validation and victory does not inherently resolve any other deficiency or problem in my life. The same interpersonal conflicts, the same tensions, the same lack of money, the same angst, the same cruelty and neglect, the same self-abnegation, the same neurotic shit that belies my hubris … all of it’s still there.

Achieving your goals doesn’t fix you as a person. That is its own beast.

So, what now? Where am I? Where do I go from here? What happens next?

I’ve set some new goals for the year ahead. Firstly, I’ll keep promoting Invisible Boys: there are author talks, interviews and festival appearances lined up all year, thankfully more spaced out than my tour. I’ll also be polishing my second book, which is with my agent currently for her thoughts (and I’m freaking out about it). And this July, I’m planning to do Camp NaNoWriMo again to start my third novel.

Writing this, just now, gives me perspective. I’m no longer striving for these goals because I crave validation. Some of the self-imposed pressure has come off. I’m now writing because (a) these are stories I really want to tell and (b) writing is the funnest thing in the world to me. Upon reflection, this actually seems like a healthier mindset with which to tackle a writing project.

I’m also writing these books because my real dream, which I wrote about in this post about success, is not just to have one novel published. My dream is to be a full-time writer, earning a living off my books. I’m nowhere near that yet; this is the next goal. It may take another twenty-three years. I hope not, but it might, and if does take that long, I’ll survive. This journey has taught me patience, even though the lessons sometimes made me bleed.

And this moment of reflection makes me think back to my teenage self. How I used to lay on the trampoline on our half-acre block in Geraldton, staring up at the sky, thinking how it would feel to finally make it one day. Charlie in my book has this same energy, same desire. Back then, I’d watch clouds cross blue while my dog Ebony, a staffy cross, trotted around nearby. I used to look at the sky a lot, day and night. The full moon  transfixes me; my biggest inspiration; the little beacon by which I promised myself, each month, one day I will make it.

The sky is possibility, potential, everything that could be but isn’t yet.

And the sky is my direction; I am climbing a mountain towards it while knowing I will never touch it.

Reflecting and recalibrating, in this moment now, makes me feel good. My first novel being published was the first peak on the way to a much higher summit. And though this terrain is new and uncharted, the ascent so far has given me all the tools I need.

I have the work ethic of a manual labourer who dug trenches in forty degree heat.

I have the doggedness of a struggling writer who took twenty-three years to break through.

And I have the imagination of a fourteen-year-old boy who stared up at the sky every Midwestern summer, dreaming of his mountain.